The implementation of ergonomic solutions can work miracles in many different manufacturing settings. One of the more apparent differences can be seen when implementing weld positioners into the welding processes of manufacturing.

Such positioners eliminate the physical strain felt by workers when manually manipulating the work pieces during the weld processes. Furthermore, with the weldment positioned properly, a welder can avoid having to weld overhead, vertically, under, or in other awkward positions. Positioners eliminate such fatigued operations by allowing the welder to access the weldment in a more suitable and comfortable work positions.

Often welders spend a large portion of their work time waiting for a fixture to be moved with an overhead cranes or forklift truck. Cranes and forklift trucks are designed to move material from location to location, not to flip or change the orientation of a large object.  As a result, hooking large, heavy weldments and fixtures to such machines poses a serious hazard to welders and operators if they fall or swing uncontrolled. Such inefficient maneuvering may also require several people to be involved before the object is properly oriented.

Instead by using a multi-axis positioner, one operator can safely expedite the process of orienting a part into the optimal ergonomic positions. Such positioners will safely clamp the work piece and lift and rotate the weldment 360 degrees making the welding operation safer, more efficient, while providing a more consistent and quality weldment. Smart programmable positioners that assume the next optimum welding position at the press of a button, will further automize and simplify the welders’ workplace.

Oftentimes, the only question that is asked is, “Why didn’t we implement work positioners sooner in our welding work place?” 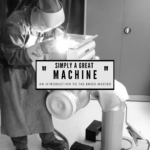 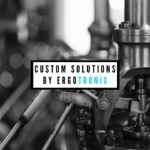